Piraeus Bank is among the winners of UKRAINIAN BANKER AWARDS 2011!

Piraeus Bank was recognized to be the most dynamic bank in 2011 among the third group of banks volume of assets and one of the top three banks among the best employers according to UKRAINIAN BANKER AWARDS 2011 published by influential business magazine "InvestGazeta” № 46 as of 05.12.2011.

Winners of UKRAINIAN BANKER AWARDS 2011 were determined by voting on web sites investgazeta.ua and delo.ua, by survey made among the largest entrepreneurs in the country and members of the sixth annual Ukrainian Banking Forum (Adam Smith Conferences). The analytical statements of experts from investment companies who analyzed the financial performance of banks were also included in the voting results.

"We are proud that the jury and financial market participants recognized the Piraeus Bank as one of the most dynamic banks and one of the best employers in the banking market. Despite the difficult situation for the banking systems of Ukraine and some European countries, we were able to maintain the substantial growth of business development, mainly through the right motivation and dedication of the team of the bank "- Vyacheslav Koval, Piraeus Bank in Ukraine acting Chairman of the Board. 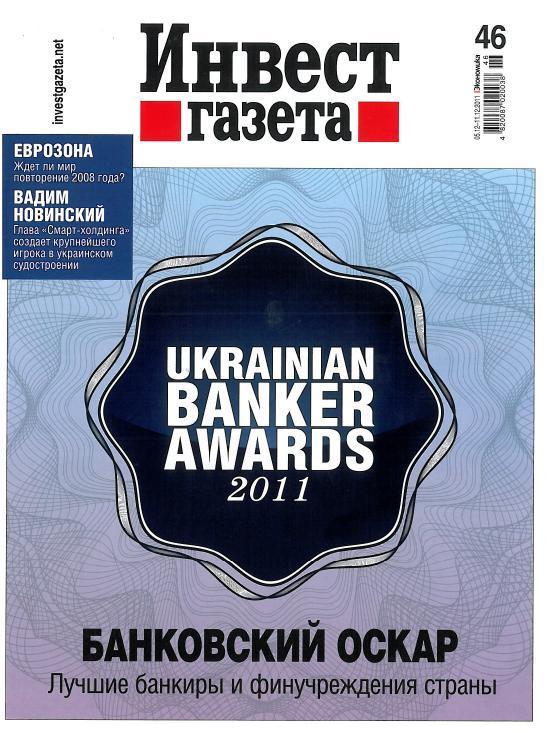 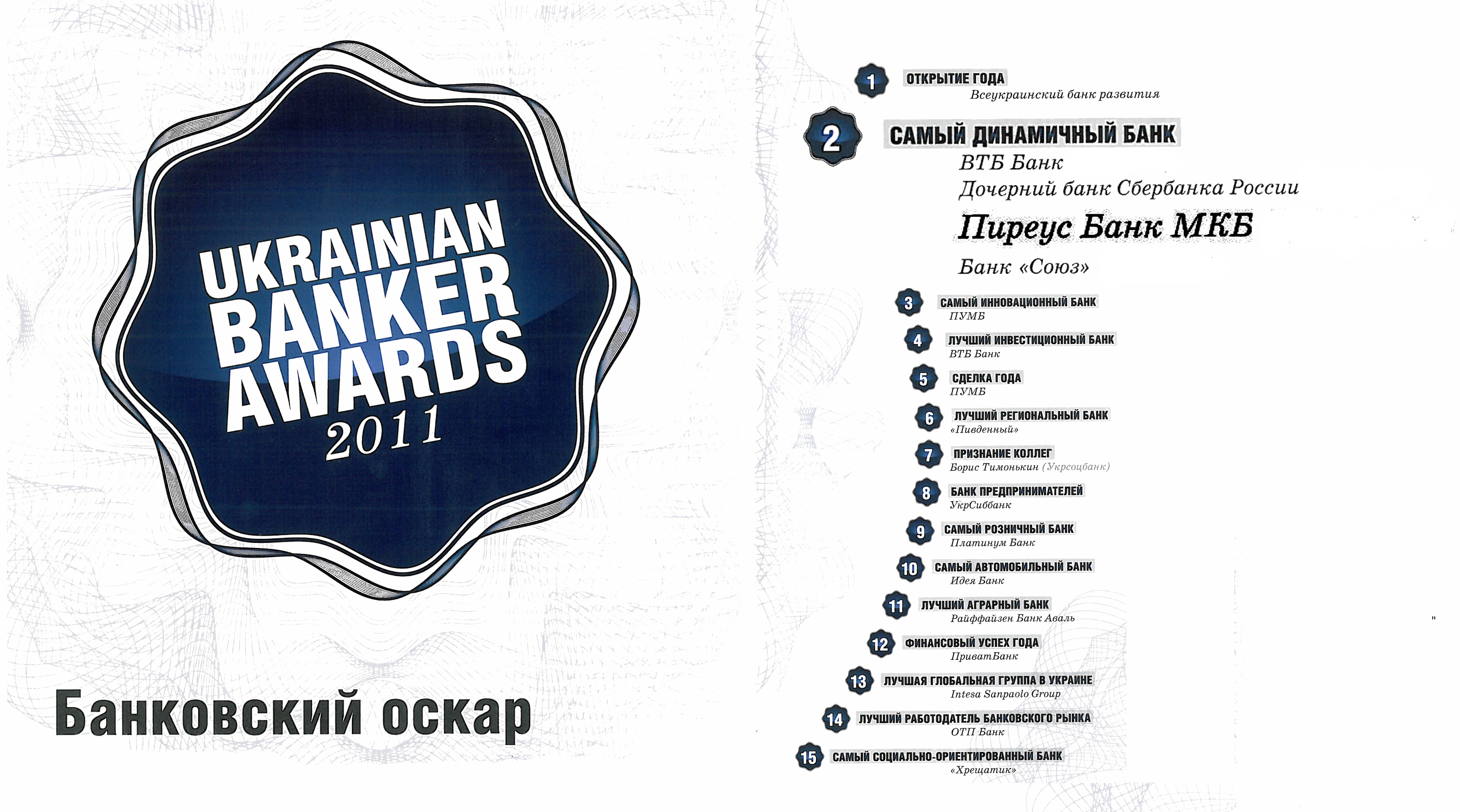