Piraeus Bank has taken part in XXIII International Touristic Fair “Crimea. Resorts. Tourism. - 2014”, that took place in Yalta city, AR of Crimea on 25-27 February, 2014.
“Crimea. Resorts. Tourism.” is an annual bright event in touristic sphere that takes place in Yalta and is considered by a touristic community to be an activity that forms touristic sector in Crimea. The exhibition has been holding since 1991 and has become the main and respectable branch forum for professionals in the touristic business field of Ukraine and CIS. 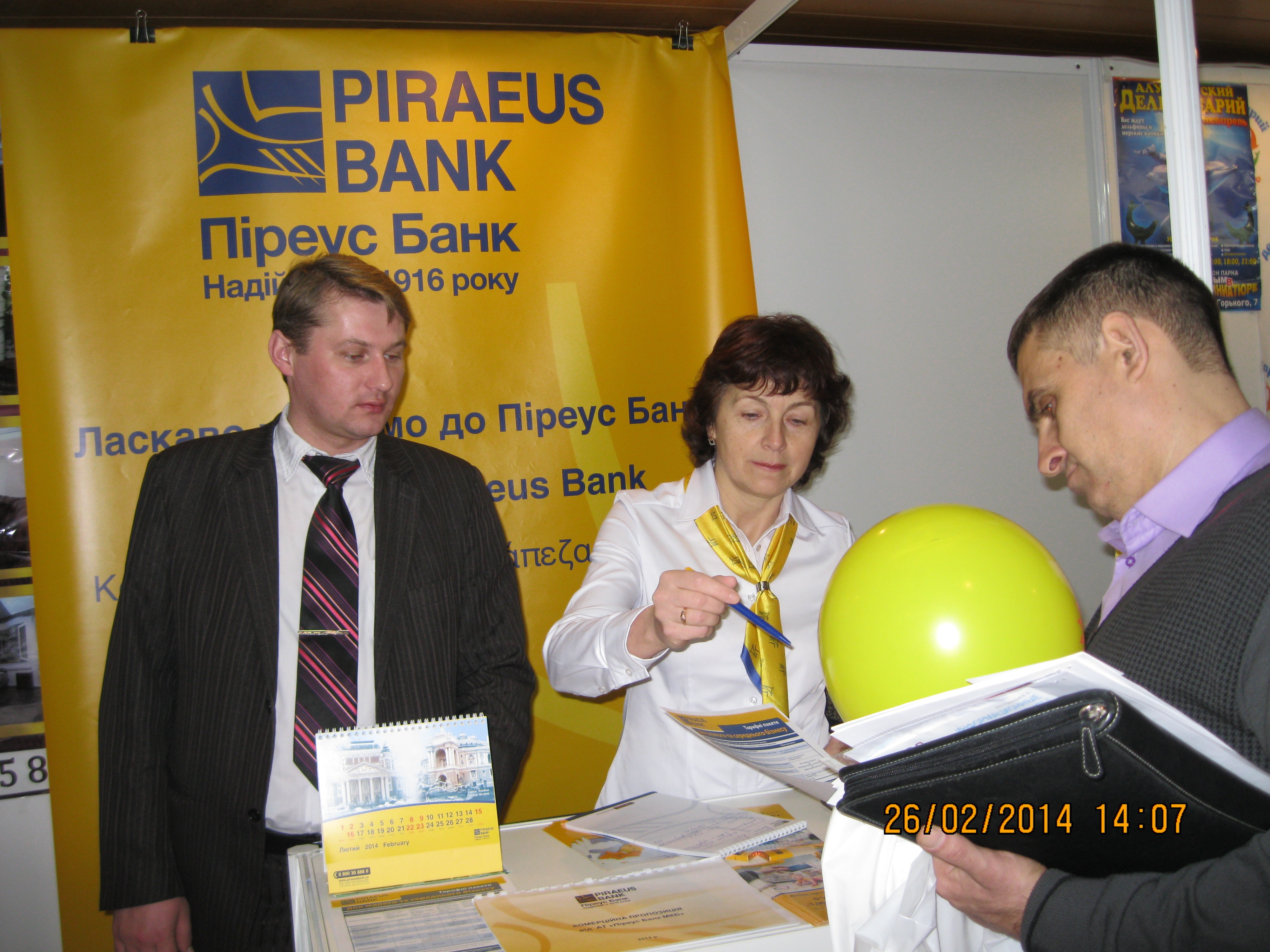 During the Fair several workshops, press conferences, forums and panel discussions took place. A large number of companies took part in the event.
The Fair gathers all representatives of touristic sphere –host operators, property owners, touristic agencies and tourists themselves. Crimea. Resorts. Tourism. is a place where the demand is formed, contracts are signed and agreements are made on the terms of cooperation during next year.